Li-Fi – What is Li-Fi and What Does it Mean for Telecoms? 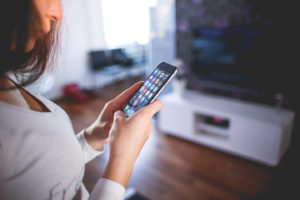 The demand for mobile communication over the last few years has mushroomed at an extraordinary rate. According to the Cisco Visual Networking Index, global IP traffic will have increased 127-fold between 2005 and 2021 and by the end of this period, wireless and mobile devices will account for more than 60% of total IP traffic.

With this rapid growth has come increasing demands on radio frequency and the concern over the potential lack of sufficient frequency spectrum required to support consumer devices and government and private sector uses has led to the expression “Spectrum Crunch”. Other concerns over the use of radio frequency are generally well known, namely the lack of security resulting from an inability to contain data within a particular area and safety concerns in areas such as hospitals, aeroplanes and power plants.

With these growing concerns over the limitations of Wi-Fi, it is unsurprising that new technologies are being developed to address the problem. One of these, which was first introduced to the world in 2011, is now popularly known as “Li-Fi”.

(Looking to stay up-to-date with the latest technology and support in telecoms? Get in touch with us here at PureComms)

Li-Fi or “light-fidelity” is a networking technology that uses the visible spectrum rather than radio waves. The technology uses a standard LED light bulb to transmit data. The LED bulbs are fitted with a chip that modulates the light for optical data transmission which is received by photoreceptors.

The Advantages of Li-Fi

One of the key advantages of using the visible light spectrum (VLS) is that the spectrum is underused for wireless communication and offers many times the bandwidth available through the radio frequency spectrum. The visible light spectrum, ranging from 428 THz to 750 THz, offers a capacity that is 10,000 times larger than the entire radio frequency spectrum and can reduce some of the pressures leading towards the Spectrum Crunch, particularly with the increased customer demand for high frequency bandwidth.

Speed is also something Li-Fi has in its armoury, with laboratory tests showing that it can achieve speeds one hundred times faster than current Wi-Fi systems, fast enough to download eighteen movies of 1.5GB per second.

Another significant advantage of Li-Fi is that it does not interfere with radio signals and can therefore be used in places where interference is an issue, such as in hospitals and aeroplanes and other restricted environments such as petrol-chemical plants and nuclear power generating stations. Li-Fi also has the potential to be used in areas where radio frequency is impossible including under water and underground mines.

Waves in the VLS cannot pass through walls, which makes Li-Fi a secure system, unable to be hacked into from an adjoining room. This characteristic also makes the system less subject to interference.

Li-Fi can be used in tandem with Wi-Fi, offering users the opportunity to utilise the best network option at any one time, although it is claimed that Li-Fi can provide a more consistent internet connectivity throughout buildings with the even spacing of LED transmitters.

Li-Fi also has the advantage of being potentially cheaper and more energy-efficient than Wi-Fi because as a result of the increased use of LED lighting buildings, the necessary infrastructure is already in place. Indeed the rapid move towards LED lighting has seen a reduction in the cost of bulbs, attributable in part to manufacturing improvements, and although remaining higher in cost than incandescent and fluorescent technologies, LED bulbs provide a much longer lifespan. It is predicted that the LED lighting market share could reach seventy percent by 2020, providing an excellent backdrop to any rolling out of Li-Fi technology.

The Disadvantages of Li-Fi

The greatest disadvantage of Li-Fi is the fact that it cannot be used outdoors in direct sunlight as this would interfere with its signal and because of this, Li-Fi is principally a technology for use within buildings.

Li-Fi essentially requires a direct line of sight, although light reflecting off walls and other objects can also be used, but at a lower rate of communication. Requiring, as it does, a direct line of sight, Li-Fi technology is unable to penetrate walls. This disadvantage does, however, provide the security previously mentioned and could therefore be considered both a disadvantage and an advantage.

The Future for Li-Fi

There is intense interest and growth in the Li-Fi market, which can be attributed, to a large extent, to the increased use of portable devices and the popularity of mobile applications, together with the increased popularity of having devices connected. Alongside this growth there has been a consequent increase in demand for high speed data communication, the like of which Li-Fi can provide.

Despite the excitement over the possibilities Li-Fi offer, it is widely expected that it will initially be a complementary wireless access within the context of 5G, contributing to a hybrid system that improves indoor connectivity and capacity. Li-Fi could also be adding functionality for smart lighting that can facilitate new cyber-secure wireless networks, intelligent transport systems and health monitoring applications together. Li-Fi is also likely to be a driving force in the development of lighting infrastructures in Smart Buildings.

As the possibility of mass Li-Fi deployment moves ever closer to reality there will be a need for a common technical standard together with a market body made up of network infrastructure vendors, lighting companies, end users, telecom providers, chip manufacturers, device manufacturers, testing houses, training organisations and Li-Fi companies that will drive the wide spread introduction of the new technology. The Institute of Electrical and Electronic Engineers’ 802.11 Working Group has already agreed to the release of a Li-Fi standard by 2021.

An industry body was formed at the world’s first Li-Fi Forum in November 2017 which included Orange, Nokia, Deutsche Telecom, VLNComm, pureLiFi and the University of Edinburgh, who committed to cooperate on driving a broader commercial awareness of the technology.

With the growing pressure on bandwidth caused by the sharp increase in the use of mobile devices worldwide on top of the already high existing demand, the harnessing of the huge potential bandwidth of VLS offered by Li-Fi is difficult to ignore. Together with the network security it offers and the impressive speed of data transference, Li-Fi could be a common feature in buildings within ten years and along with the networks of LED lighting required to support it. Li-fi unquestionably offers the potential for a revolution in the way data is delivered.

Regardless of whether Li-Fi becomes mainstream or a different technology provides the best solution, you can be assured we’ll be the first to help you integrate it into your business. For any questions relating to your telecoms, please don’t hesitate to get in touch with us here at PureComms.